Successful promotion at the start of the World Championship year 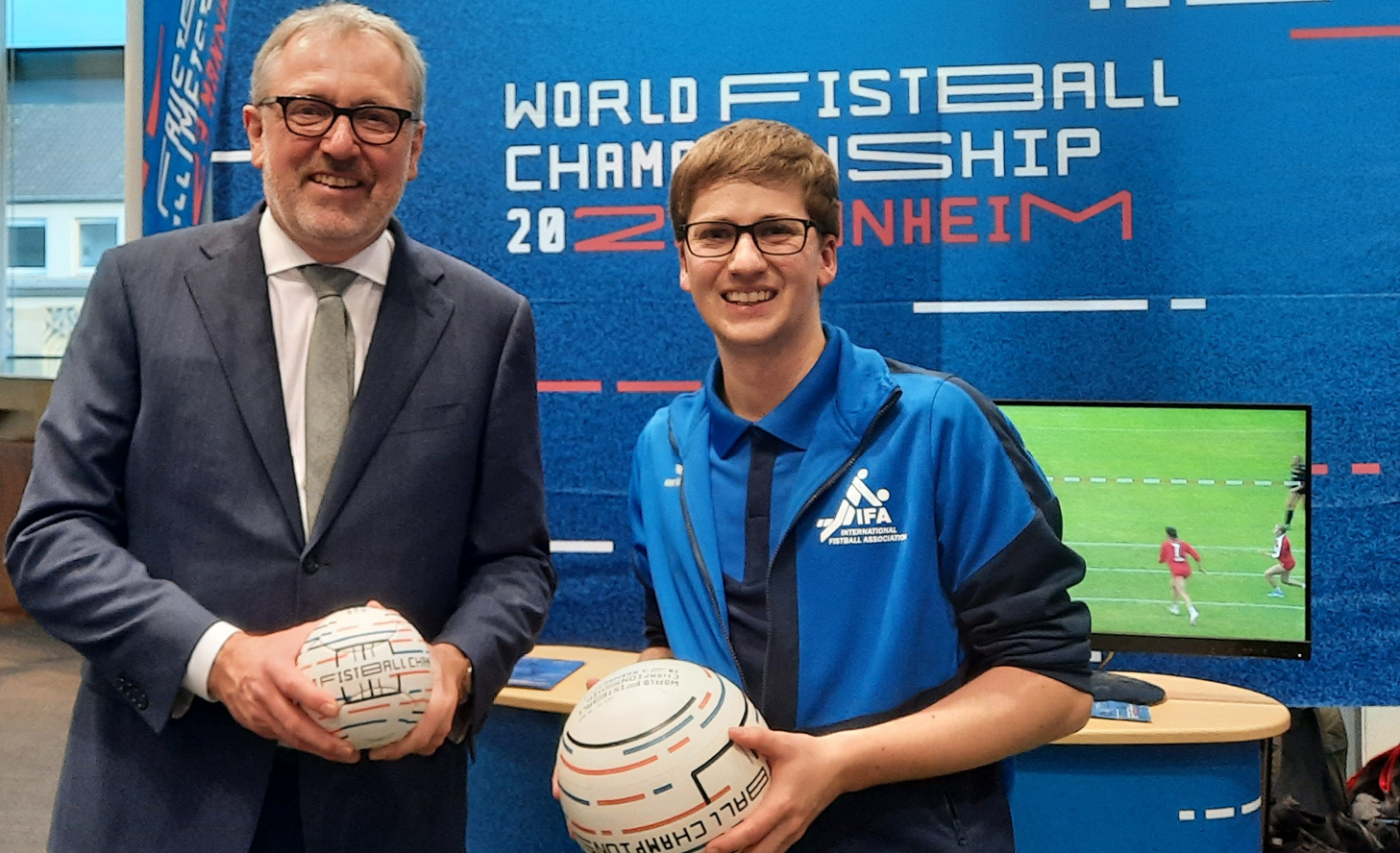 The organizers of the Fistball World Championship started the year 2023 with three promotional activities in Mannheim. In addition to the home game of the Adler Mannheim in the derby against Frankfurt and the Fireworks of Gymnastics in the SAP Arena, the World Cup also presented itself in the context of the New Year’s reception of the city of Mannheim.

It was a gripping duel that the Adler Mannheim and the Löwen Frankfurt played out in the derby of the German Ice Hockey League (DEL). In the penalty shootout, the Adler celebrated a victory in the end with the more than 13,000 fans in the SAP Arena. It is likely that a large number of the visitors also became aware of the Fistball World Championship during the match. In addition to flyers in all cup holders and a promotion stand, double world champion and local hero Nick Trinemeier (TV Käfertal) answered questions from presenter Antti Soramies during the second period break. In addition, the World Championship logo flickered across the large video cube during the match.

This could also be seen one day later in the arena. Because: Only one day later, the fistball team was again a guest in the World Cup final venue. In cooperation with the Badischer Turnerbund, the fistball world championship presented itself in the form of a promotion stand and advertised the sporting highlight in Mannheim in the summer of 2023.

And the Fistball World Championships also presented itself to the people of Mannheim at the New Year’s reception of the city of Mannheim on Friday. Mayor Dr. Peter Kurz was delighted that the world’s best fistballers will be visiting Mannheim in July and informed himself about the current state of preparations. In addition, the OC team had intensive discussions with the German Turf Sports and Tug-of-War Association, which is organizing the 2024 World Tug-of-War Championships in Mannheim. In addition, the sport of fistball and the World Championships were presented in the form of a small hands-on activity on the sports stage. 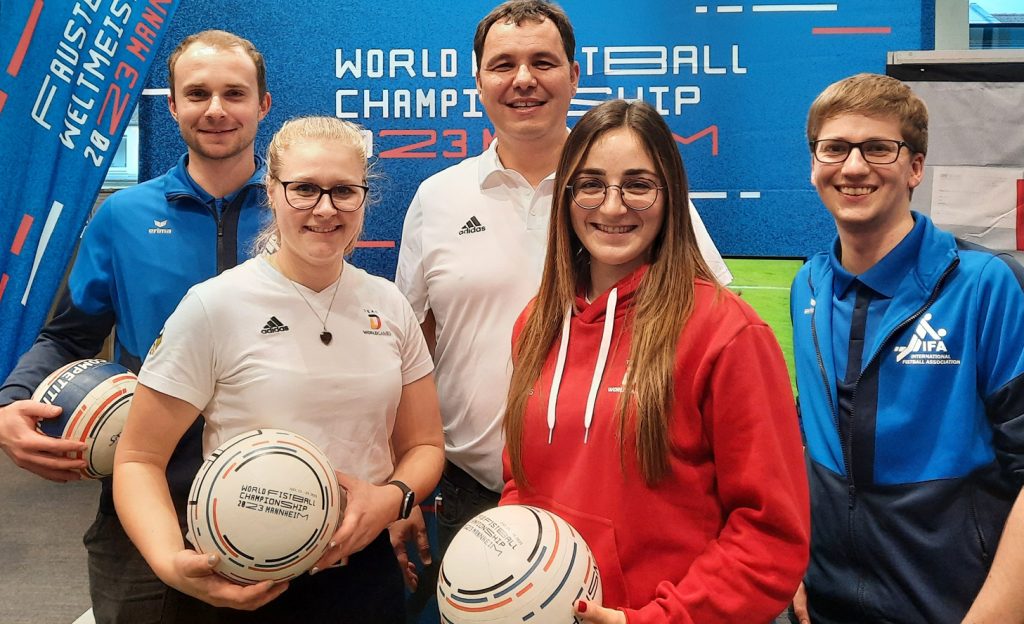 “We received positive feedback throughout,” said Sönke Spille, Managing Director of the Fistball World Championships, pleased with the great response at the three events: “Many had already heard about the World Championships and were pleased to receive detailed information, while others had contact with the World Championships for the first time. You can feel that there is an initial World Cup euphoria not only in the city of Mannheim, but in the Rhine-Neckar metropolitan region.”

The World Cup organizers have sold more than 7,000 tickets so far, most of them for the two final days on July 28-29 in the SAP Arena. “The first blocks are already completely booked out,” says Christoph Oberlehner, ticketing head of the World Cup: “In addition, we already have several group requests. So anyone who wants to secure the best seats in the arena should be quick.”