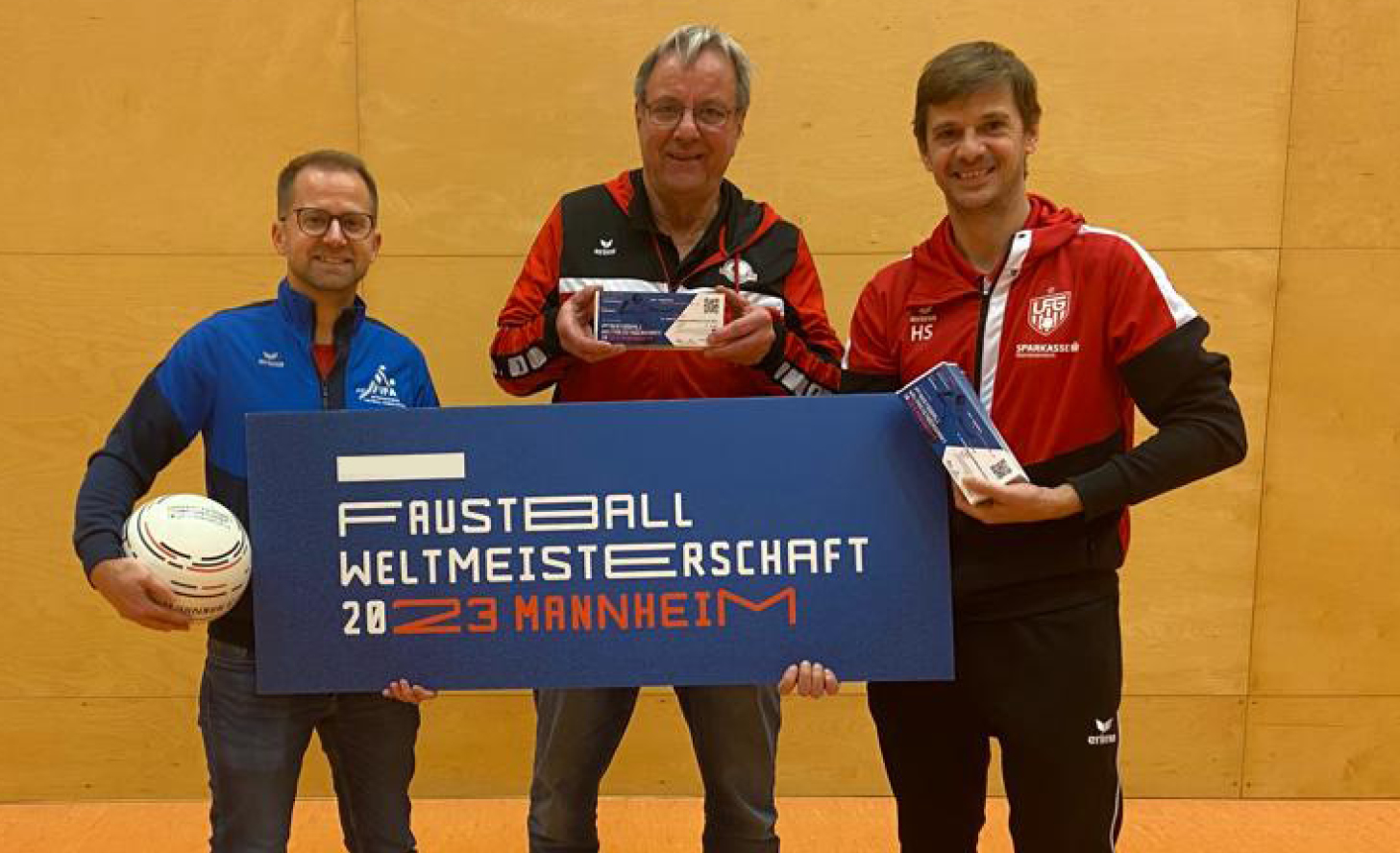 The 2023 Fistball World Championship is to be a great fistball festival – whether on or beside the court. From the start of the preliminary round in the Rhine-Neckar Stadium to the final matches in the SAP Arena, the spectators and fans in the stands will create a great atmosphere.

A fan block from Austria is likely to be loudly represented again – also thanks to Sihdi Einsiedler. The fistballer from Grieskirchen is organizing a fan trip from Austria to Baden-Württemberg at the end of July – with 113 travelers. Hubert Schatzl, founder and owner of the company ticket-express, service provider of the fistball World Cup, handed over the 113 World Cup tickets to Sihdi’s fairreisen in the presence of the IFA Secretary General and OC member Christoph Oberlehner. “Even if it’s still half a year until the World Championships, but we are approaching it with huge steps,” says Sihdi Einsiedler. Sector 211 in the SAP Arena thus “belongs” to the Austrians, who will also follow the games in the Rhein-Neckar Stadium during the week.

Currently, Sihdi Einsiedler has thus registered the largest fan trip to the Fistball World Championships. “But we know that other larger groups have also planned to travel to Mannheim,” says Christoph Oberlehner: “We receive ticket orders every day. We are convinced that we will have a great atmosphere in Mannheim from the first day of the World Championships.”

← Felix Klassen (TV Käfertal): "A World Championship participation at home would be a dream" Fistball MWC 2023: Apply now as a volunteer for Mannheim →