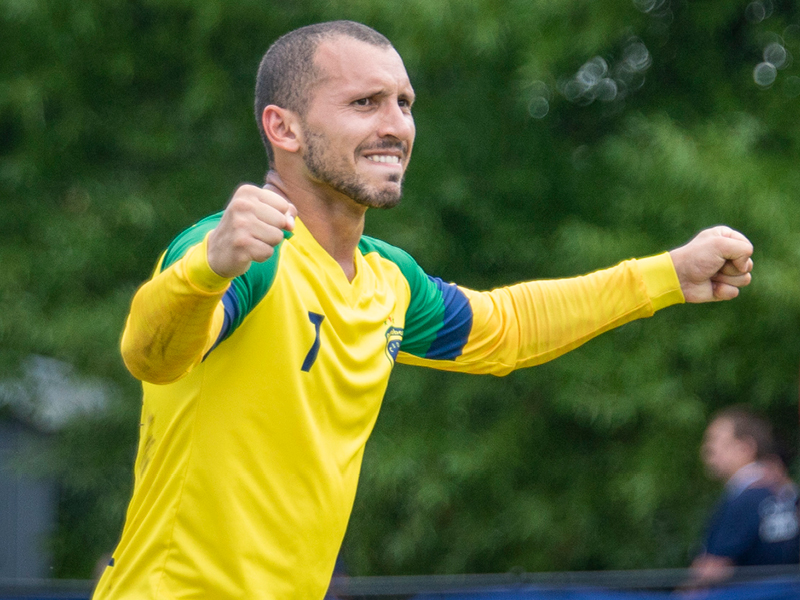 IFA President Jörn Verleger and Secretary General Christoph Oberlehner used their trip to the German Indoor Fistball Championship in Mannheim, which begins today, to advance the preparation for the IFA 2023 Fistball Men’s World Championship at the same place. In cooperation with the German Faustball League DFBL and TV Käfertal, the legal structure for the World Championship was founded, which should also promote the international work of the IFA.

The talks started with a visit to the CEO Eric Schneidenbach from the service company of the German Gymnastics Federation DTB in Frankfurt to cooperate in marketing and sponsoring matters. The meeting with BUGA 23 managing director Michael Schnellbach and marketing director Kirsten Batzler focused on synergy effects for the Federal Garden Show BUGA, which will also take place in Mannheim in 2023. Topics such as joint ticketing, marketing and events were discussed.

The most important point was the establishing of the new club “Förderverein Faustball²”, a legal structure as basis of the World Championship. The association should be the basis for the preparation of the World Championship, but also support the international work of the IFA. The founding members elected the TV Käfertal chairman Jörg Trinemeier also as the new clubs chairman, who represents the association together with IFA President Jörn Verleger as treasurer. The five-member board also includes Ulli Meiners (Germany), Peter Oberlehner (Austria) and Franco Giori (Switzerland), three representatives of the fistball core markets in Europe, to launch projects for international work in fistball.

“The next step will be the appointment of a voluntary Local Organizing Committee and the establishing of an event company in order to provide legal and tax protection for the preparation for the World Championships,” said Verleger. Since August last year, Trinemeier, Verleger and Oberlehner have been working on the basics for preparing for the World Championship at a weekly jour fixe.

In the evening program of Rhein-Neckar TV, Trinemeier and Verleger have been invited to talk to moderator Wolfgang Grünwald and promote the coming German and World Championships.